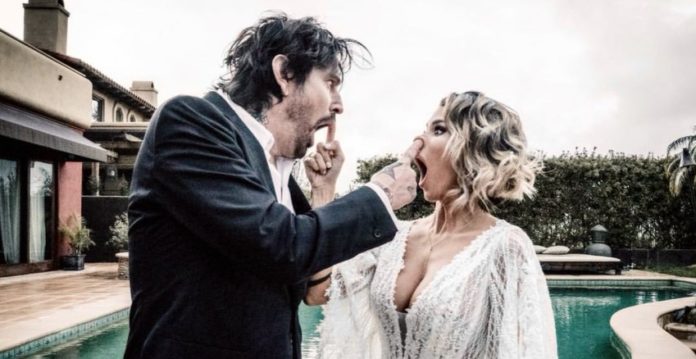 The 57-aged American musician Tommy Lee, best known as the drummer of the heavy metal band Motley Crue, has just shared a new video featuring his TikTok phenomenon wife Brittany Furlan Lee and yelled at her by using the world-known joke.

The video was about Brittany‘s request to record a new TikTok video with her husband Tommy Lee. In the video, Tommy Lee seemed tired of recording too many TikTok videos a day with his wife Brittany. Of course, this was a joke. Even this was a TikTok video, and the effect used in the background of the video was Michael Scott‘s viral ‘No God, Please No!’ line.

Tommy Lee posted the video with the following caption: “How long is this fucking quarentine thing last? May? NOOooooo!!!!!!!”

Rob Zombie guitarist John 5 has shared his thoughts about the video and made a bizarre comment about it.

How long is this fucking quarentine thing last? May? NOOooooo!!!!!!!