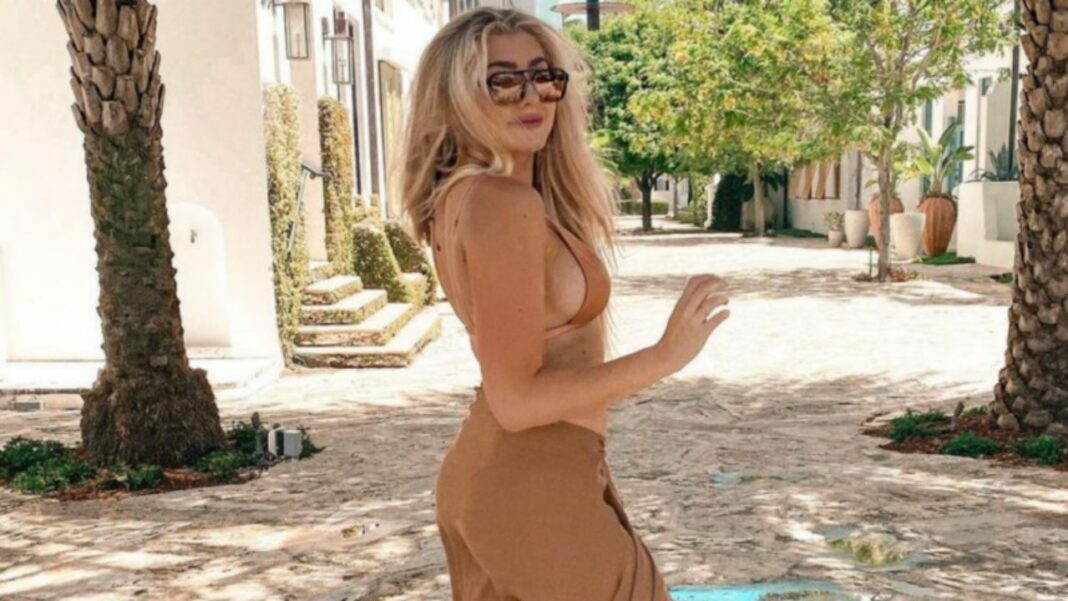 Electra Mustaine, the daughter of the heavy metal band Megadeth frontman Dave Mustaine, made a recent update on social media and stunned fans who follower her.

The American recording artist has sent four photos in total. She was on the beach and enjoying herself with her dog Romeo. She wore a black swimsuit and looked fascinating.

In the first photo, as you can see below, Electra was posing with her dog. They were in the sea and posing against the waves.

When people swiped and reached the second photo, they’ve seen Electra and Romeo’s tough times. She was trying to step but it was hard because of the violent waves. The waves were pushing her to outside the sea.

The third pose was as same as the second. The singer was in the sea and living tough times. It was easily understood with her mouth movement.

In the latest and fourth photo, Electra and her dog were outside the waves. She was giving a clear and sweet pose under the sun.

Sending her gorgeous photos, Electra captioned: “Splash>>>” She also added water and sun emojis at the beginning of her sentence.

Under the post, Electra has also shared a comment about the moment. “Romeo remains perturbed lol,” she said.

Her photos were beloved by many followers.