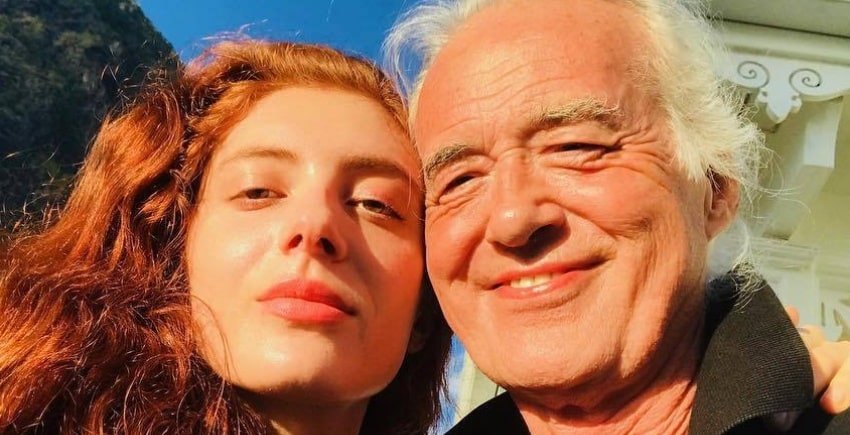 The London-based poet/performer Scarlett Sabet, also known as the girlfriend of the Led Zeppelin guitarist Jimmy Page, has just updated her social media account with a new photo and stunned fans with her pose.

In the photo she shared, the 30-year-old model was leaning on the grass. She was wearing a blue blouse without a bra.

She posted the photo with no caption.

Many fans expressed how she looks beautiful and stunning in the comments of the photo. Some of the fans also stated that he looks like an angel.