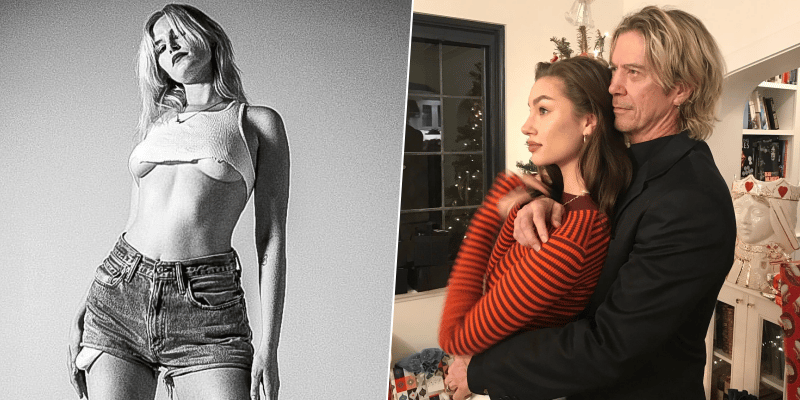 The greatest rock band Guns N’ Roses bassist Duff McKagan’s daughter Mae McKagan, also known with her model career, shared new photos through her social media after a week and revealed the magnificent poses of her and her sister Grace McKagan.

Recently, the 19-year-old model appeared on social media with a new post, including her and Grace McKagan‘s rare photo-shoots, and uncovered them for the first time. There were three photos in the post shared by her, and just one of them was including with her sister Grace McKagan.

When we look at the photo that including Mae and Grace, Mae was sitting on the chair while her sister stands in front of her. They were both wearing just skin jackets and panties. In the other photos, Mae was posing with pants.

In the caption, Mae directed her fans to the account where she took the photos. She wrote the following caption:

Earlier today, Grace McKagan has also posted the different photo-shoots which taken them the same page and revealed her and her sister Mae McKagan‘s rarest hot poses.

Take a look the photos shared by Mae below.