The Pink Slips vocalist Grace McKagan, also known as the daughter of the Guns N’ Roses bassist Duff McKagan, has just shared new poses to her fans and showed her beauty.

Recently, the 22-year-old singer Grace McKagan added a new photo to her social media account and shared how she spend her coronavirus lockdown.

When she sent the pose, she was wearing a cross necklace, and her hair was wet a bit.

She didn’t write anything to explain the photo she shared.

In late February, her band, The Pink Slips, released their new single titled “Miles Away.”

The Pink Slips began its music career in 2013 and released its first EP following one year after their starting. 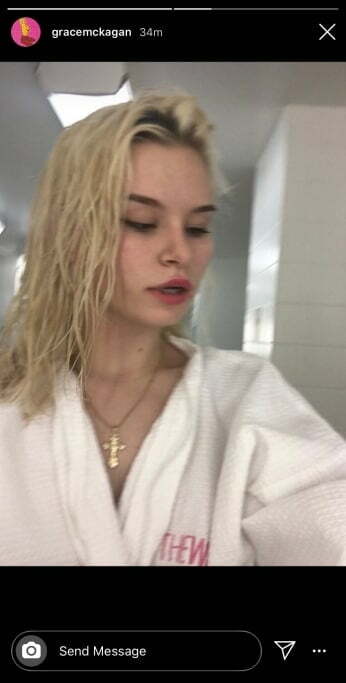