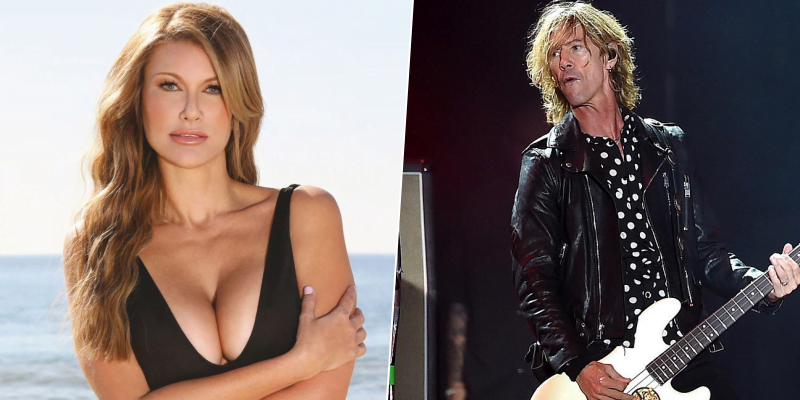 The 56-year-old guitarist Duff McKagan, best known for his twelve-year tenure as the bassist of the hard rock band Guns N’ Roses, who formed in Los Angeles in 1985, has updated his social media account with his wife Susan Holmes McKagan, who’s one of the beautiful models in America, and praised her and her photographer.

In the photo taken by Greg Hildebrandt, Susan was wearing aduff mc long white dress. The dress was open in front and gave a low neckline. Also, Susan was holding a glass of wine in her hand, and putting her left foot on the box standing in front of her. Susan looked pretty sexy.

“Greg Hildebrandt. Susan Holmes McKagan working with the MASTER,” Duff wrote in the caption of the photo.

Also, Susan reacted to her husband Duff McKagan‘s photo and said she is excited about Greg’s new work.

“I’m so excited for this new art from a such a genius… and had so much fun w you yesterday my love,” she wrote.

Everybody who saw the photo said they were stunned. They also revealed their thoughts as a comment on the photo and said she is pretty and sexy.