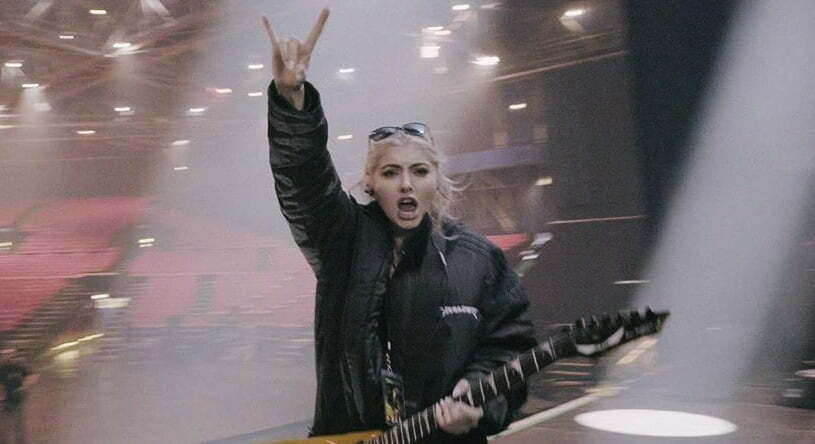 The American heavy metal band Megadeth legend Dave Mustaine‘s daughter Electra Mustaine, who proved herself with the recording artists, has just sent a gorgeous photo through her social media account and showed her amazing body with a mirror selfie.

In the photo she shared, she wearing a black crop t-shirt and black jeans. Also, she put moon, electric and rose emojis in the photo’s description.

A fan named Joe Mc Clelland commented on the photo and said, “Put that Metallica t-shirt on for the craic! ‘I’m Irish’.”