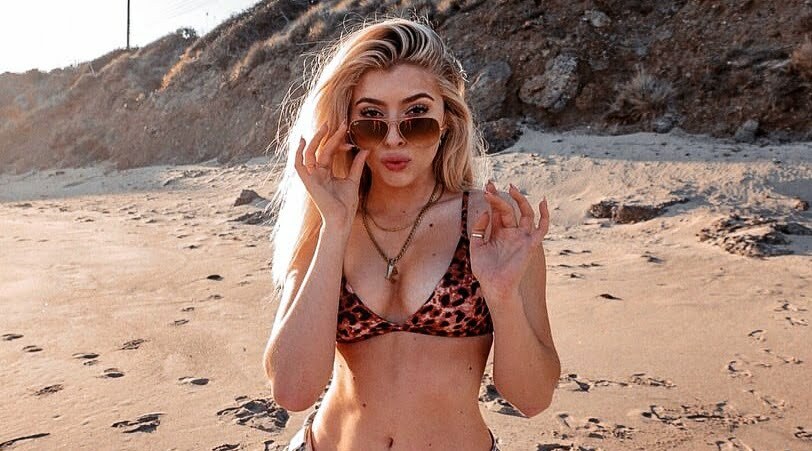 The world-class American heavy metal band Megadeth frontman Dave Mustaine‘s daughter, Electra Mustaine, who proved herself as a recording artist, has just shared a new photo through her official social media account and showed her fans how beautiful she was.

In the photo she shared, Electra made her pose in front of a steel wire mesh with padlocks hanging on it. Also, on the hot air, Electra was wearing a short blouse and a black miniskirt while she wearing her black sunglasses.

“All these years of education… yet nobody taught us how to love ourselves,” Electra wrote in the description of the photo she shared.

As always, this photo attracted great interest from Electra‘s followers and fans. Many fans agreed with Electra and expressed their gratitude to her in the comments of the photo.

Also, on January 28, while Megadeth playing at Le Zénith in Paris, Electra Mustaine joined Megadeth for À Tout Le Monde, which taken from Megadeth’s sixth studio album. After the performance, the fans welcomed Electra Mustaine perfectly and stated that she should definitely be included in the next Megadeth album.

All these years of education… yet nobody taught us how to love ourselves. 🤍🤟🏼