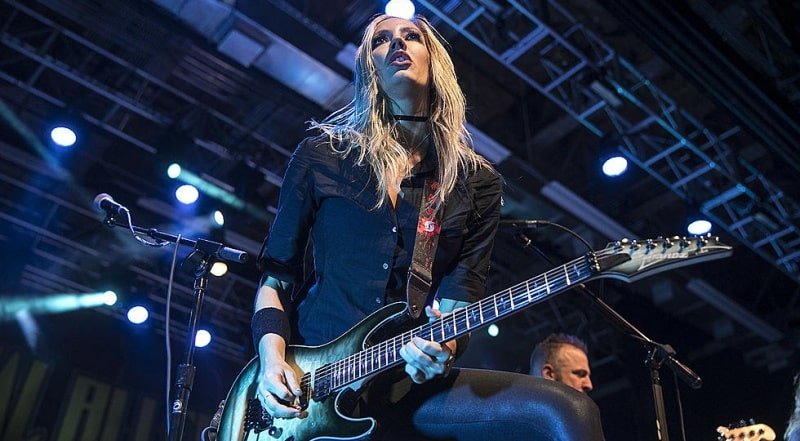 Nita Strauss, known as the touring guitarist of the Alice Cooper, has just updated her official social media account with rare photo-shot taken at Marshall Amplification and showed her beauty.

In the photo taken at Marshall Amplification in Bletchley in the UK, Nita was posing with her white crop top, and she was holding her right shoulder.

In the comments of the photo, many fans wrote how beautiful and successful guitarist Nita Strauss is. They also said they’re lucky because rock n roll community had such an amazing guitarist like Nita Strauss.