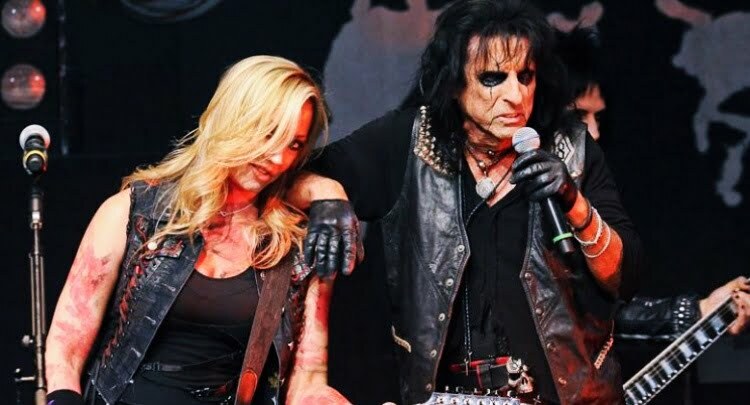 The first female signature artist of the Ibanez guitars, Nita Strauss, who also known as the touring member of the Alice Cooper, has recently shared a new photo through her social media account and rocked the fans with a special stage photo featuring Alice Cooper.

As usual, Nita Strauss and Alice Cooper were side by side on the stage while they play. In the photo taken at Entertainment Centre in Brisbane on February 18, Nita was collapsed on her right knee and she was playing guitar next to Alice while leaning against Alice Cooper. Also, in the description of the photo, Nita made a joke about Alice Cooper and made the fans, who read it, laugh.

“He’s a hungry man but he don’t want pizza… bring us all the chilaquiles and pollo a la plancha,” Nita wrote in the description of the photo she shared.

Also, in the comments of the photo, a fan named Sophie expressed her excitement and stated that she looking forward to showing Nita play. Nita Strauss responded to her comment and said: “Muchas gracias Miri!!”